This year ASHA is drawing attention to the importance of testing. Saying Yes means Test.

What are STIs and STDs?

Sexually Transmitted Infections (STIs) are caused by bacterias, viruses, or parasites transmitted during sexual contact. On the other hand, a sexually transmitted disease (STD) is a disease that develops as a result of an STI such as Pelvic Inflammatory disease or AIDS. Both STI and STD phrases are used interchangeably by medical professionals and laymen.

Some of the most common Sexually Transmitted Infections include: chlamydia, gonorrhea, human papillomavirus (HPV), and syphilis. Other less common types of STIs include: bacterial vaginosis; gential herpes; human acquired immunodeficiencey virus (HIV); congential syphyllis; and trichomoniasis. Common STIs such as chlaymydia, gonorreha and syphillis are treatable with antibiotics, but viral STIs have no cure.

STIs are much more common than they once were. In 2019, the US saw significant increases in Chlamydia, Gonorrhea, Syphillis and Congenital Syphillis. Over the last two decades reports of cases have continued to inrease with minimal periods of decrease or levelling. Diagnoses of Chlaymidia occurs 2.2 times more and Gonorrhea 1.5 times more often than in the year 2000. Additionally, diagnoses of Syphilis occurs 5.7 times more and Congential Syphilis 3 times more often than in the year 2000.

Also, each type of STI has higher rates of infections for varying demographics of people. For instance, case rates of chlyamidia are highest among adolescents and young adults under 25 years. Likewise, diagnoses of gonorrhea occur in men more frequently than women.

Lastly, failure to seek treatment as a result of a lack of symptoms results in disease spread and worsening health conditions. For instance, women with untreated Chlamydia and Gonorrhea can develop Pelvic Inflammatory Disease (PID) which can lead to infertility and/or ectopic pregnancy. 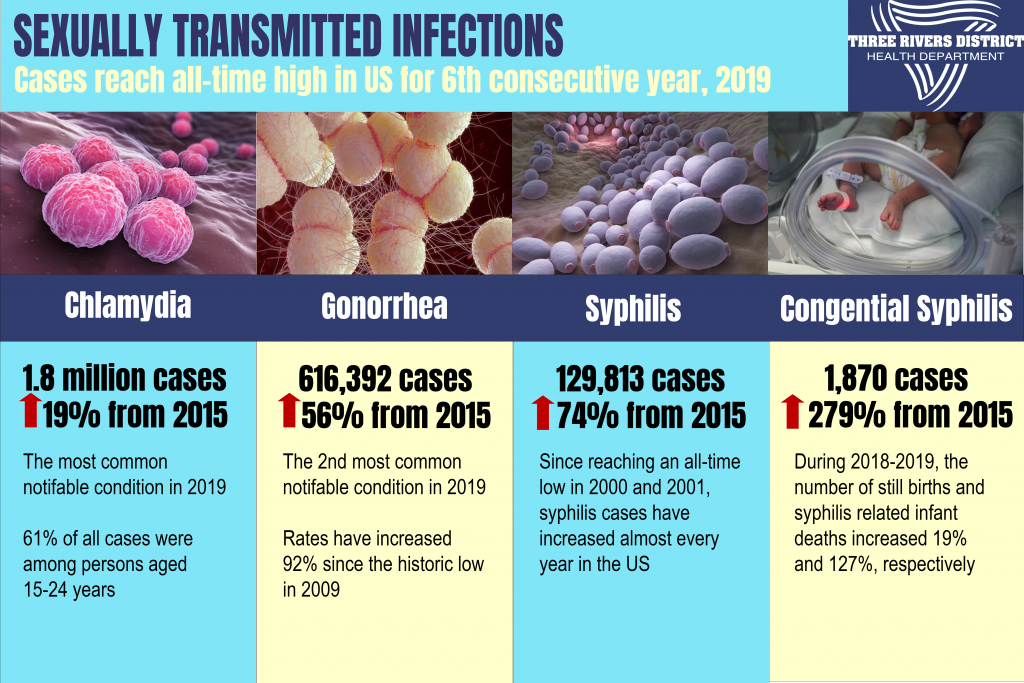 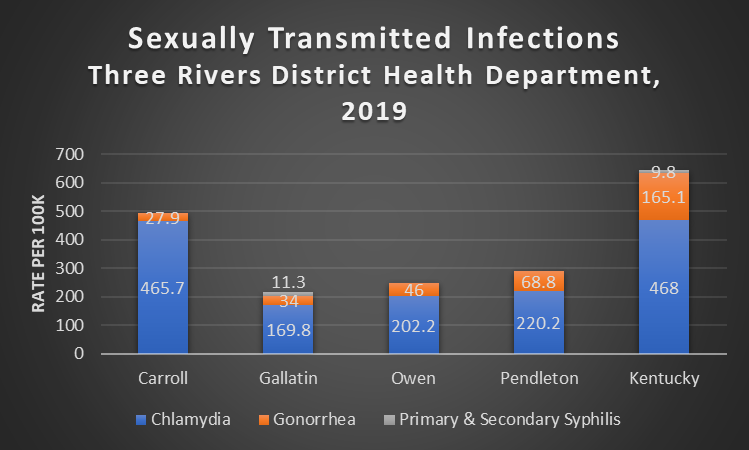